This is an exciting new piece of hardware from PDP who are a peripheral manufacturer based in the US. They make pretty high quality third party controllers mainly as well as headsets etc for PC, Xbox and Playstation.

The PDP Mars Lightgun looks really interesting. It appears that PDP have recognized that a lot of people enjoy playing light gun games and the only thing that stops them spending money on it is that there is nothing decent to buy!

EDIT: The PDP Mars lightgun system havs been released. Its available on bot Xbox One and Ps4. The best place to get it is on Amazon.

The Mars Lightgun is a 2 part system that uses a laser emitted from the light gun that is captured bouncing off the screen by a camera positioned nearby.

While one of the big selling points is that you don’t need an IR bar, you do still need a camera instead. On the other hand, most people don’t really care if they need an IR bar or camera as well as the gun, they only care that it is accurate. The IR bar light gun solution is not great in terms of consistency and this solution promises to be way more accurate. If this tech lives up to its promise then I am very excited indeed!

Here is an interview talking about the details and how it works:

I think that one stumbling block to this new tech is the lack of new games. We all know that there is a great back catalog of excellent light gun games but yoiu can’t play them on a current generation home console and that would be a problem. PDP are addressing this by releasing their own games.

The first one is called Qubits quest. It looks very similar to the old rescue shot where you protect your character as it moves through the world. Of course, this is a modern game and so it looks beautiful.

Voyage of the Dead

The second game is called voyage of the dead and looks like a more humorous version of the House of the Dead Games (in that it has zombies!)

Again, it looks great but there is not much information about this yet other than the PDP website.

The big question in my mind is if this system will be compatible with all of the old games. If it is then I’m totally cool with having a camera pointing at the tv. As I said above, having extra kit isnt a problem, just the accuracy.

To work with emulators and the old games on PC, all that needed is for it to operate as a mouse with absolute coordinates (that way, when you pull the trigger, it sends a mouse click at the exact place that you are pointing at). This is probably the most straight forward way for it to work anyway so I am very hopeful that they will keep it open and let it work with a wide range of devices.

One thing that does give extra hope is this video of a early prototype being used to as a mouse pointer on a PC and also beig used to play some of the old classics – Time Crisis 2, Virtua cop and House of the dead on the PCSX2 emulator on a PC. It looks pretty sweet.

Check out the PDP Mars twitter feed for up to date information:

There isn’t much further information about the PDP Mars yet, just a couple of videos from the conventions, but I will be updating this page as I learn more. In the mean time here is another look at it from GDC 2018:

PS4 and Xbox One Gun

The PDP Mars is currently the only dedicated light gun for the xbox one and the ps4 consoles. You can only play the 3 games made for it at present but who knows if this might improve over time.

There is no exact date yet but all of the sources point towards Q1 2019 – So it should be out pretty soon!

Update: PDP are taking pre-orders for the PDP Mars. Still no word on when they will ship but we do know that its North America only and at present its xbox one only

Update: The PDP Mars is out now! Its only currently available in North America but Amazon US ships it pretty much everywhere.

How much does it cost?

The Starter pack with 1 gun, the base station and one game costs $99.

Additional guns are available for $29 and the games are $20 each as downloads.

What is the PDP MARS?

The PDP Mars is a new lightgun that works on any TV. It does this by pointing a camera at the TV and firing a low power laser from the lightgun which the camera can detect.

When is the PDP Mars being released?

Currently the expected release date is the 31st December 2019. Pre-orders are being taken on Amazon.

What systems is the PDP Mars compatible with?

At present you can only play PDP Mars game son the Xbox One.

Can I play older games with the PDP MARS?

No, unfortunately there is no advertised compatibility with other systems so you can only play the games released specifically for the PDP Mars and the Xbox One.

What games are available to play on the PDP Mars?

PDP are releasing several games at release. These are: Qubits Quest, Voyage of the Dead and Bug Buck Hunter: Arcade

Setting up the PDP Mars on your Console.

Setting Up PDP MARS Lightgun Gaming System for Xbox One 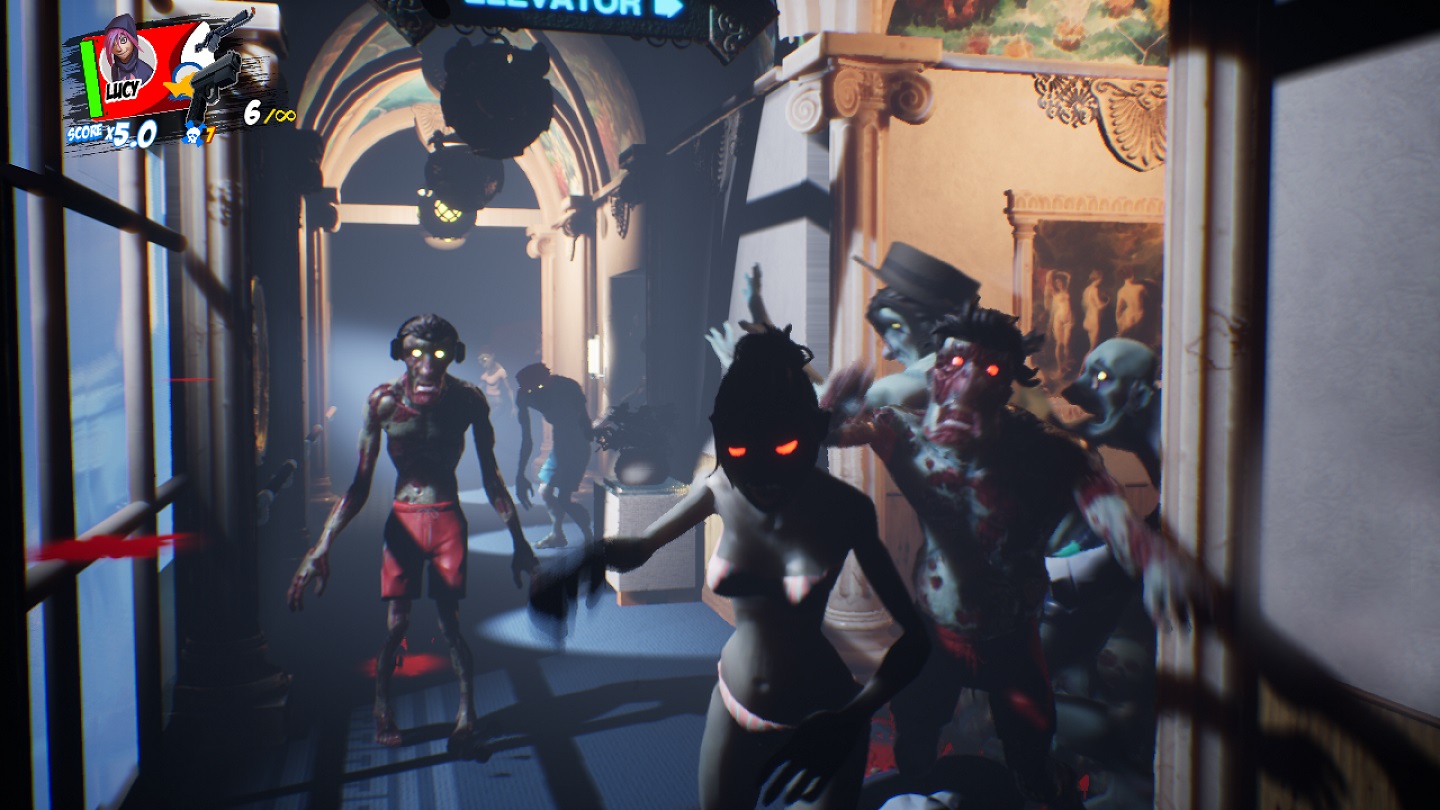 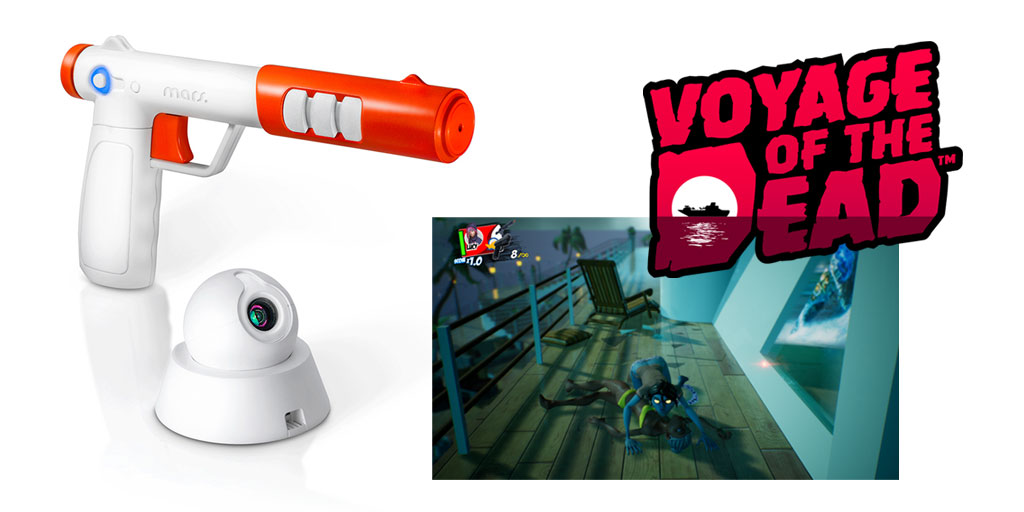 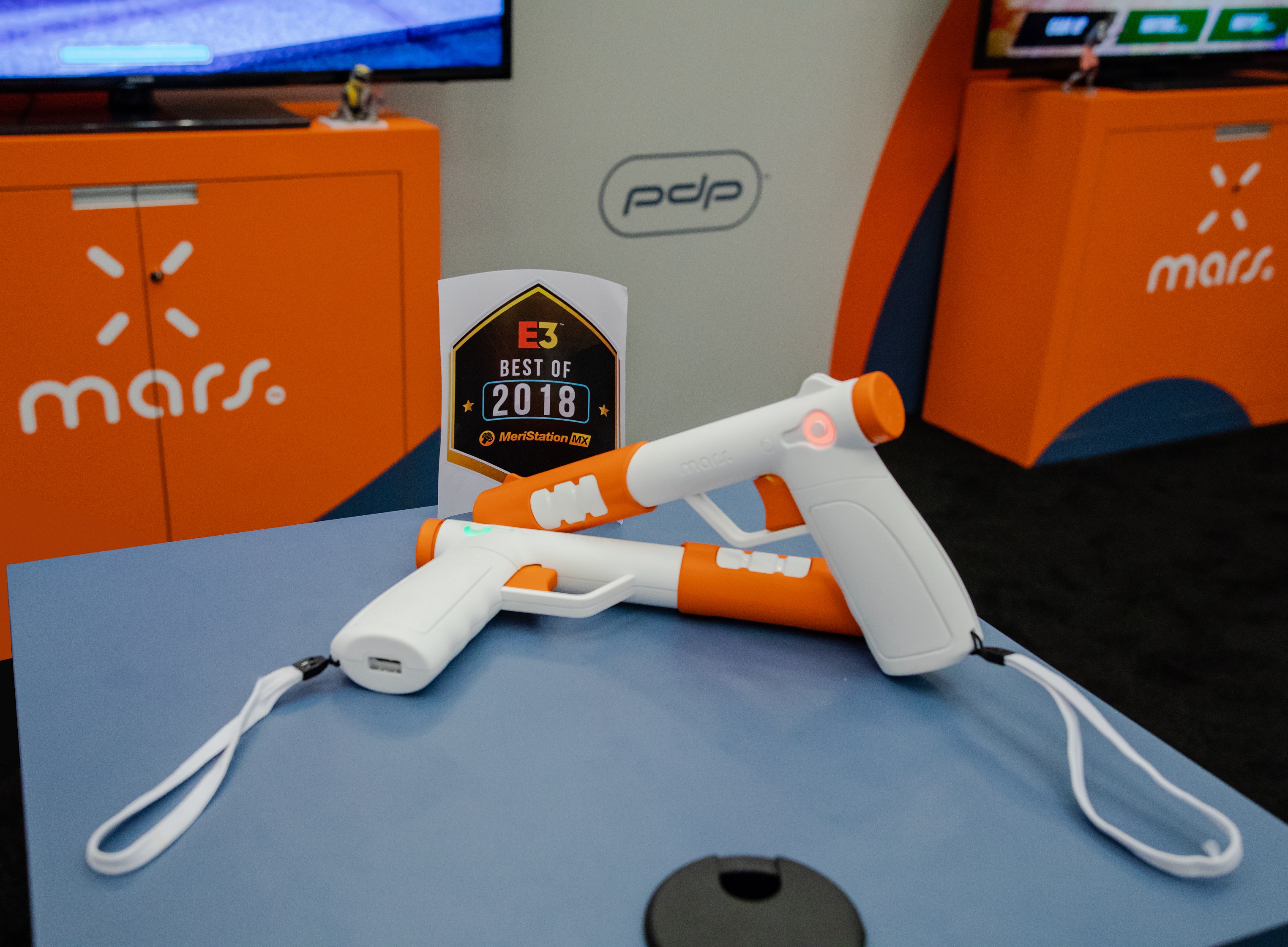 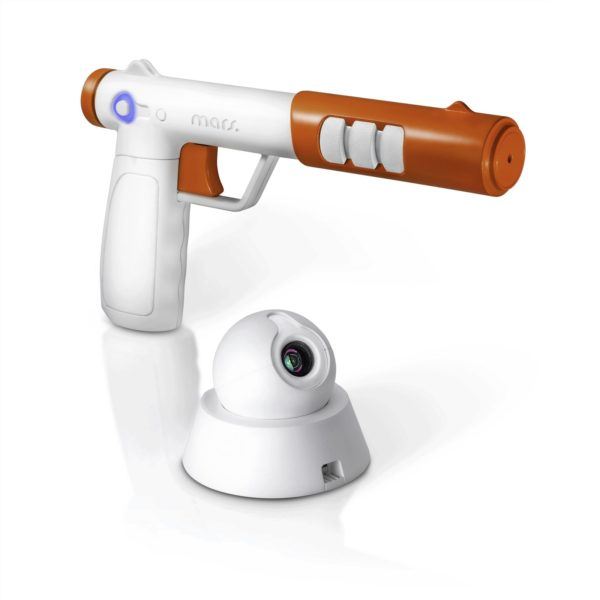 I haven’t got my hands on the PDP Mars yet and I don’t think I will be based on the reviews that are out there.

I would recommend checking out this in depth and scathing review from the Lightgun expert Boojakascha:

And if you have got one and would like make it better then check out this video as well.